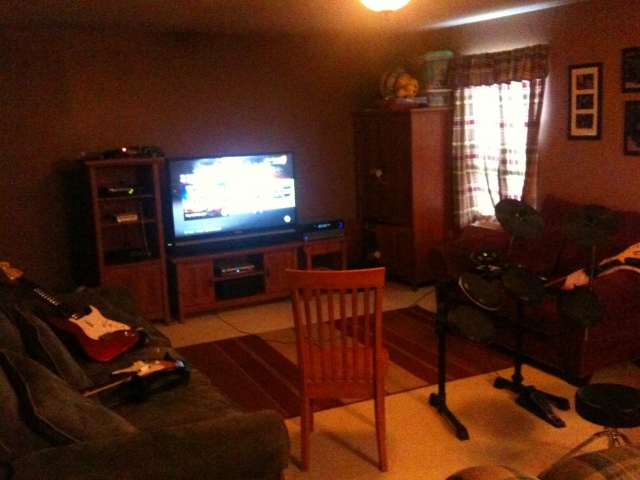 Ken and I spent a good portion of the day rocking out with RB3.

Will try to blog some on it tonight. 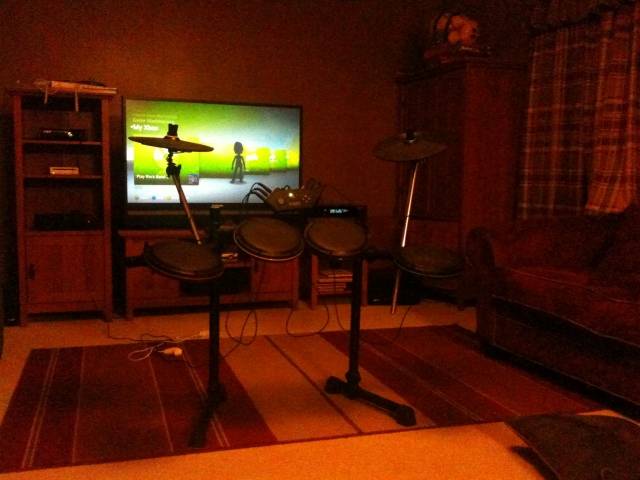 Neil Peart performs the refresh of the theme to “Hockey Night in Canada:”

(Which isn’t even the theme to Hockey Night in Canada anymore, but whatever.)

I realize that not everyone who reads may have an understanding of what Rock Band is and why it’s perhaps one of the greatest timesinks I’ve ever run across. I post often about it and will even throw up YouTube videos of note charts for songs I’m really interested in. For those of you who might need a small primer, I present to you this series of videos and explanations.

Rock Band is a “rhythm game”. What that means is that you are handed some music in the form of a track playing on your television courtesy of a video game system. You are also handed a plastic instrument. The first game to tackle this idea handed you a guitar. In Rock Band, there are four instruments: Guitar, Bass, Drums, and Vocals. Each plays slightly differently. The goal is to hit the right “notes” within a certain “window” of a graphic crossing your screen.

The game comes on a disc with about 80 songs, and there are weekly releases of downloadable songs you can purchase and play. The songs cost $2 each, which is a steal considering you’re not only hearing the music, but you’re also “playing” it.

To save those of you who might not want to load everything, I’ll put the rest behind a cut; please read on if you are interested.